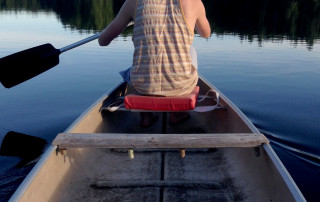 Will the judge drop the hammer?

I suspect you missed this crime that happened a few years ago in a small New Hampshire town. There on a bright and sunny day two young thieves stole a canoe from inside a Walmart. Though hardly as valuable as an Ocean’s Eleven heist, it was just as clever.

The mastermind of this felony was a 15-year-old boy I’ll call Jake. He and his friend wanted to go out on the river fishing, but they had no canoe. He and his friend noticed a brand-new canoe on display in Walmart and it was perfect. The only problem was it cost $550, money they did not have. 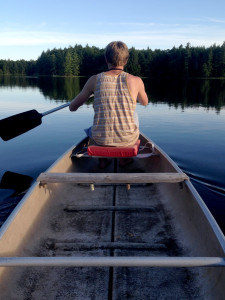 “No problem,” said Jake to his friend, I have a plan.

It wasn’t until later in the day that a store manager noticed the canoe was missing and there was no transaction recorded. A quick discussion with the greeter and a check of camera footage confirmed who the thieves were. When the local police saw the film, they recognized the boys and arrested them and the canoe was recovered, but only after a nice day of fishing.

Hammer or No Hammer. This true story is an example of some of the at-risk youth our company, Work Opportunities Unlimited, has served over the years. Many are very bright and because of life’s circumstances, their talents and ingenuity go undeveloped.

In his chambers before sentencing, the judge privately smiled and noted Jake’s ingenuity to the prosecutor and our Youth Resource Specialist. The judge knew Jake needed a different form of punishment and should not be sent to a youth lock-up or jail facility, now called a youth development center. There, he knew, Jake would “get educated” by other youth on how to commit other crimes.

Instead of dropping the hammer on Jake, the judge “sentenced” him to the Work Opportunities Unlimited program, which used “work” as a modality to create purpose for youth and connect them to responsible adult role-models, often in the workplace. As part of his “sentence” Jake had to comply with our community-based rules and objectives, or he would be sent to the lock-up facility in Manchester. While I do not know where Jake is today, he did comply and graduated from our program six months later. I like to think he has a job and is a hard-working citizen and is grateful this judge didn’t use his hammer.

How Leaders Can Avoid Using the Hammer. Too often today some leaders choose to use a hammer to deal with people when better alternatives are available, but often out of sight in the moment.

In John Maxwell’s book Winning with People he gives the reader some very useful tips for working with and leading others. While it was given to me by a colleague, Susan, many years ago, I still refer to it often because his tips are ageless.

I think the judge in my story agreed with Maxwell’s final thesis – Never Use a Hammer to Swat a Fly off Someone’s Head.