Getting to Yes with Lower Friction

Home  >  Uncategorized  >  Getting to Yes with Lower Friction 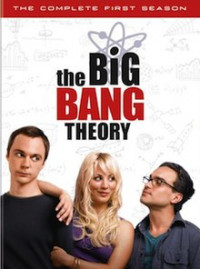 I’m slow to notice things sometimes. Like how frequently almost all media companies now move right to the next show in a series without a break. I noticed it when I was watching a rerun of the Big Bang Theory on cable and then again when we were watching Longmire on Netflix.

When I stopped and thought about why they do this, of course, it makes sense. If I’m on a cable channel, it likely holds me on that channel and I might see more commercials. If I’m on Netflix, it creates more binge watching and hooks me to Netflix.

What I didn’t know until now, was how understanding “friction” had something to do with the invention of this technique.

Fuel and Friction – The Human Element. In business we spend a great deal of time trying to get our customers to buy more of our products and services. We study this and try new things to incent customers to buy using promotions, lower prices, improved features, and more persistent sales calls. We spend far too little time, however, studying and reducing the obstacles that get in the way of the customer’s purchase decision. 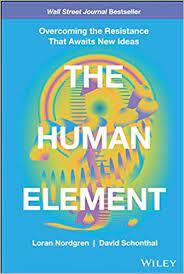 This week I discovered Loran Nordgren’s book The Human Element: Overcoming the Resistance that Awaits New Ideas while listening to a Hidden Brain podcast. In his interview with host Shankar Vedantam, Nordgren clearly described the premise for the book, “How do you get people to say yes to a new idea or innovation.” He and co-author David Schonthal say there are always two things you need to understand when humans make a decision – “the fuel and the friction.”

Fuel. The fuel starts with the product or service or idea or innovation itself. Additional fuel, which is what most of us focus on, might include advertising campaigns, sales promotions, signage, lower prices, improved features, more assertive salespeople. The purpose of fuel is to push people into a decision. And, as Nordgren describes, the “folly of fuel” is that when we push too hard, the friction can increase. 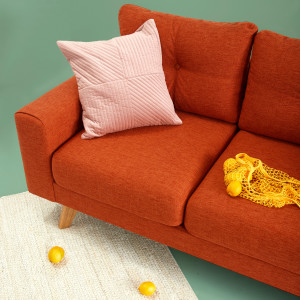 Photo by Inside Weather

Friction. Friction is a force that inhibits a decision or a change and is a drag on innovation. Friction is often the obstacle getting in the way of a decision. In the book and in the podcast Nordgren says that friction most often falls into one of four types and he gave great examples for each.

1 – Effort – is “the energy (real and perceived) needed” to take action. One story was the custom furniture store in Chicago that allowed customers to customize their own sofas and chairs on-line with huge activity but had very low actual purchases. Their research discovered that buyers were mostly young people living in apartments and they could not figure-out how to get rid of their old, likely beat-up, sofas. That was going to take too much effort and was a type of friction. They then began to include taking away the customer’s old sofa upon delivery and sales exploded.

2 – Inertia – is “the powerful desire to stick with what we know, despite the limitations.” In organizations we see this often when someone brings forth a new idea and it gets shot down. As one example, Nordgren described how the University of Chicago, in the face of many years of declining entrance applications, changed its very difficult essay application to an application similar to other prestigious institutions. The result was an instant increase in applications.

3 – Emotion – is “the unintended negative emotions created by the very change we seek.” To describe this friction Nordgren talked about the U.S. Army. The Army wondered why when they had recruits fired-up and ready to enlist that many high school students never followed-up. They discovered these recruits were afraid to tell their parents. The Army then developed scripts the recruits could use and, in some cases, would go with the recruit when they told their parents. The result was a greater increase in successful recruitment. 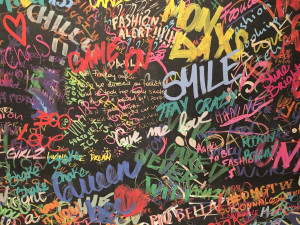 4 – Reactance – is “the impulse to resist being changed.” I had never heard this term before and found this definition – “Reactance is an unpleasant motivational arousal that emerges when people experience a threat to or loss of their free behaviors. It serves as a motivator to restore one’s freedom.”

This friction comes from our natural instinct to maintain autonomy and control over our life. Nordgren told a simple story about the tale of two signs. In one city men were writing graffiti on public bathroom walls. So, in one place they put-up a sign that read something like “Please don’t write on bathroom wall” and in the other place they put-up a sign that read “Under no circumstances should you write on bathroom wall.” The results were that Graffiti declined on the walls of the former and increased on the latter.

Nordgren noted that in the graffiti example we can see that that sometimes when we don’t think through the fuel correctly (the sign in this case), the fuel can turn into more friction.

Nordgren and Vedantam also noted that this reactance friction is exactly what happened when the government began mandating seat-belts decades ago and, very likely, contributes to the anti-mask and anti-vax pushback today. 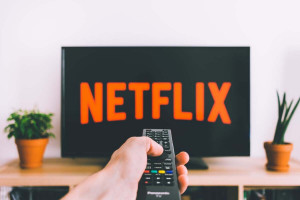 So, how does my cable television or Netflix example fit-in here? Nordgren says that understanding friction, even small amounts of friction, and finding ways to reduce it can make huge differences downstream. Netflix learned that when they automatically started going to the next show and not requiring viewers to use their remote control, viewing time increased. And more viewing time led to more binge-watching, which led to more viewers.

Like me being slow to notice things sometimes, many forms of friction are hiding from our view every day. So, the next time I’m involved in change decisions I will focus equally on the fuel and the friction.

If you want to learn more about working with this friction, pick-up Nordgren’s book The Human Element: Overcoming the Resistance that Awaits New Ideas and listen to the Hidden Brain podcast.