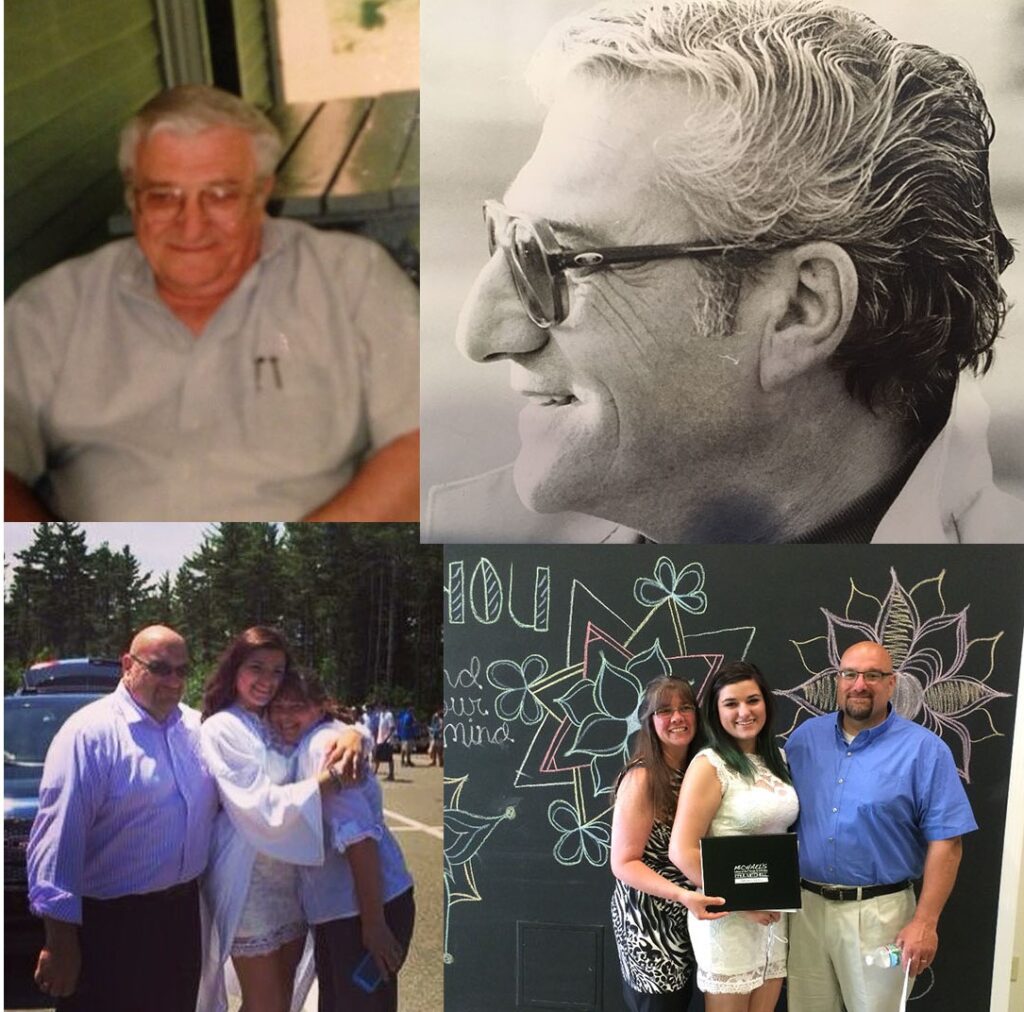 The power of connectivity can work its magic within minutes or over the course of years. In some instances, a chance meeting between two strangers turns into an opportunity for a new career. In other instances, one friend spends years trying to convince another friend that she should try her hand at a new role. In Caitlin Handy’s case, she was instilled with the power of connectivity from birth, and with that, a little encouragement from her father, and connections that span decades, she is now the third generation of Handys to join the Leddy Group family of businesses.

During Caitlin’s grandfather’s tenure as executive director of Crotched Mountain Rehabilitation Center, he formed a business relationship with Joe Leddy, founder of Leddy Group and its parent company, Work Opportunities Unlimited. After retirement, her grandfather joined Work Opportunities as a vocational specialist, a position that, according to Caitlin’s grandmother, was his favorite.

When Caitlin’s father, Bill Handy, was facing a layoff from his position with a regional retail company in the mid-‘90’s, he saw an ad for a position as a resource specialist with Leddy Group and asked his dad if he minded if he applied for it. Bill joined the company and worked alongside his former high school classmate, Patty McGrail, who is now a senior vice president with the company.

It would only make sense that, in 2018, when Caitlin found herself looking for a new career where she would be able to grow and learn, Bill would immediately think of Leddy Group.

Bill ran the idea by Caitlin to see if she would be interested in exploring opportunities with Leddy Group. Caitlin loved the idea and immediately submitted her resume for consideration.

Shortly thereafter, Caitlin interviewed for the staffing coordinator position and was invited to come in and job shadow with the Bedford team. During that job shadow, she saw what the job entailed and knew this right away this was a career she could see herself pursuing and advancing in.

Patty thought so, too. “When I spoke with Caitlin, I just knew she’d made a great internal candidate,” she said. “Since being hired in May of 2018, Caitlin has been doing a great job and has grown tremendously over the last several months.”