Why Did You Buy That Toilet Paper?

Home  >  Instagram  >  Why Did You Buy That Toilet Paper? 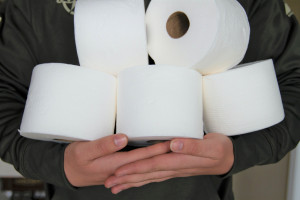 It wasn’t until last week when I started writing this article that I really understood why I bought extra toilet paper two years ago. More on that in a minute.

Do you think you are an “effective” leader? If you do, then you know how to influence people. After all that’s what Stephen Covey teaches us in 7 Habits of Highly Effective People and Dale Carnegie, too.

When anyone says “yes” to a purchase or job assignment or volunteer opportunity or vote decision, they likely have been “influenced” in one of seven ways. 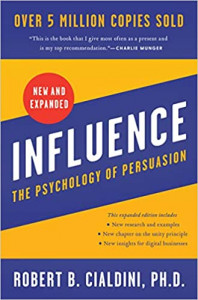 One of the most interesting, modern experts on influence is Robert Cialdini. In his updated book Influence – The Psychology of Persuasion, he describes how we humans take seven universal short-cuts when we make decisions. He then converts these short-cuts into influence principles leaders can deploy to get people to say “yes”.

He notes, importantly, that when a leader uses one of these influence methods to manipulate someone, that is unethical. Whether for good or bad, here are the seven ways people are influenced to make decisions.

1 – Reciprocation – People naturally feel an obligation to give when they receive. This is reciprocity. It is very common in most human cultures and helps us live together in communities. 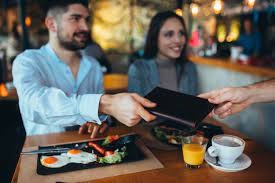 One example Cialdini shared is the practice by many restaurants to bring special candies or gifts to the table at the same time they bring the check. Research showed this boosted tip amounts significantly. And, when they come back right away with another gift “because they just enjoyed serving you”, the tip amount explodes.

To influence effectively using reciprocity be the first to give, and make it personal and unexpected.

2 – Scarcity – People tend to value things more that were once in high-supply and now are not. We all saw the toilet paper shortage that happened when COVID-19 hit in March 2020. People decided to overstock their homes because they were influenced by a scarcity-shortage fear.

Another example – If you have ever booked airline tickets you have likely seen this message on the website “only 3 seats left at this rate.” We are being told what we have to lose if we do not take action. This is using scarcity influence to move buyers to “yes.”

3 – Authority – People can be influenced by other people they perceive to be credible, knowledgeable experts. For example, this is why medical and fitness professionals mount their diplomas, certificates, and positive news articles on the wall for us to see. Even just a stethoscope around the neck of a medical professional raises the confidence level we have in their ability (yes, this sounds weird, but we are easily influenced!)

For better or worse, as was shown in the Milgram electric shock experiments, people are often influenced by, and respond blindly to, commands from authority even when their instincts suggest the commands should not be followed.

4 – Consistency and commitment – People want to appear consistent in their behavior and value consistency in others. If you want someone to make a big commitment, having them make small and progressively larger commitments influences them because of their desire to be consistent.

We see this technique used in fundraising campaigns, especially for politicians. For example, “Thank you for your $50 donation last time. May we count on you to make a $100 donation today.”

5 – Liking – We are very highly influenced to make a “yes” decision when we like the asker. We mostly like people who are (1) similar to us, (2) pay us compliments, and (3) cooperate with us. We often like people who are physically attractive, smile, and make us laugh. While it is unlikely that just one of these reasons will influence us, in combination they can be very impactful.

6 – Consensus or Social proof – This is when people take action because certain other people they admire or want to be like took the action first. A simple example is the celebrity “infomercial”, like Suzanne Somers famous “Thighmaster” product promotion.

A sadder example is when someone installs solar panels on the north side of their home just so their neighbors will see the panels, not because the panels will do anything helpful.

7 – Unity – This influence principle is a new one Cialdini has identified that has emerged over the past 10 years. This is the value one gets from sharing their identity with others. In this highly polarized world we live in, this influence gives us a sense of belonging. An example I experienced recently was when a student from Northeastern University, where I got my MBA, called me on a university fundraiser. The fact she was a student helped the conversation because I could identify with her.

Unfortunately, though, it seems more and more lately that the unity influence has caused more division among all of us rather than unity. This influence has created more “Us against Them” thinking.

When I was in high school I wanted to go into advertising. I had read about David Ogilvy, the Father of Advertising, and written a report on how he focused advertising on what influenced and drove consumers to buy products – human behavior.

In my senior year in college, I advanced to the final interview with Proctor & Gamble (4 interviews) and was not selected. I ended up going into banking, how’s that for a contrast? However, in both my career in banking and now with Work Opportunities Unlimited, I have been drawn to human behavior.

Hard to believe, though, it was only when I focused on Robert Cialdini’s insights on influence that I understood why I bought all that toilet paper in March 2020.