Many people dream of becoming an entrepreneur and never succeed. Why? Because successful entrepreneurs are very rare, and they are just “wired” differently. 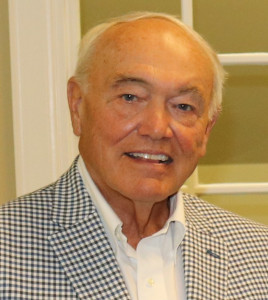 In this article I will use Joe’s launch of Work Opportunities Unlimited to explore five common ways entrepreneurs are just “wired” differently.  To give you context I will often share Joe’s direct quotes from a four-part, 2007 podcast series Sounds of Success  hosted by Roger Wood.

1 – They Have a Deep Passion – At the heart of every entrepreneur’s wiring is a passion for something. For Joe Leddy it is a passion for helping others overcome a barrier that holds them back.

“When I graduated from college in 1969 I took a job at a veterans hospital in Northhampton, Massachusetts.  The reason I took that job was because it was a pilot project for the VA (Veterans Administration) to work with veterans coming back from Vietnam who were not only blind, but they also had emotional and psychological problems.

After working at the VA hospital Joe went to work with the New Hampshire Technical College system still working with blind people. From there he went to the state division of vocational rehabilitation running a workshop, again for those with sight and other barriers.

2 – They Experience “Aha” Moment or Inflexion Point – Most entrepreneurs can articulate a moment in time when they knew it was time to launch their business. It was while Joe was running a workshop for the disabled in Manchester, New Hampshire that he had an “Aha” moment and inflexion point – a time when his whole view of the world shifted.

“When I first started at the workshop, which is like a business where individuals assemble things and get paid piece work rates, the place was really in rough shape and behind the times. So, the goal was to modernize it and bring it up to speed so people could earn more money.”

Around this same time Joe was inspired by the film Try Another Way that showed how a skilled trainer, Dr. Marc Gold, trained a man with no measurable IQ and severe disabilities to assemble a complicated bicycle brake.

“I watched Marc Gold do hand-over-hand training with this gentleman. On the first Day, nothing. Then on the second day the fellow tried picking-up the piece and it fell, and Marc said, ‘That’s okay, let’s try another way.’ They did this for four or five days and all of a sudden, he put two pieces together. Eventually the fellow was able to assemble the whole brake. This was very moving to me because I saw then what I needed to do in my professional career for people with severe disabilities.”

From that point “Try Another Way” became Joe’s motto. Meanwhile, back at the workshop, Joe had another “Aha” moment with a fellow named Fred.

“One of our individuals named Fred told me he would like to get a real job. He reminded me he had asked me this before and I would always say, ‘Well gosh, you have a real job here when you’re making $4 more now than before.’ Fred then pointed out the window of the workshop and meant ‘out there.’ So we found him a job out in the community.”

“Our very first placement for someone with a severe disability was Jessima. She was a deaf-blind woman and was one of our best workers in the workshop. We got her a job at Carol Cable Company, which was right down on Canal Street in Manchester. We went in and talked with the employer and this employer was great. She became a terrific worker there, her production rate was up, and she later retired from the Carol Cable Company.”

With the successes of Fred and Jessima, Joe and his team proceeded to find everyone a job out in the community and the workshop would close. And this was Joe’s inflexion point and he knew then what his mission was – it was time to launch his own company.

3 – They are Optimistic – See No Barriers. One attribute common in successful entrepreneurs is they are optimistic and don’t think of barriers as problems, they see mostly opportunities. 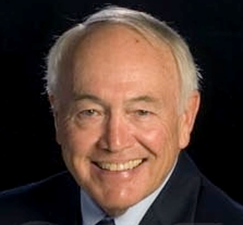 “I talked to my boss, who was the Director of Voc Rehab, and I said I’d like to leave and start a business to help people find work. Remember nobody else had really done this before because it was all sheltered workshops run by big nonprofits.  I talked with my Director and the Commissioner and they grilled me about the details. This really made me think a lot about leaving my safe, state job – it really was a pretty good job. But I decided to leave and the very next week on April 1st, I had my first VR referral, and I was in business.”

Keep this in mind as you read – In April of 1982 mortgage rates were near 15%, unemployment was the highest since the Great Depression at about 11%, Joe had a family with two young teenagers, and yet he only saw opportunities to find jobs for people with disabilities and start a business. Few people are wired this way.

4- They Have a Resilient Work Ethic. Every successful entrepreneur I have studied has a resilient, determined work ethic. We already know Joe was inspired by Marc Gold’s Try Another Way spirit, which embodies this. But read this as Joe describes his work hours right after first launching the business.

“When I first started, I worked out of my car and I covered all my clients personally. I had a person working 1st shift, another working 2nd shift, and another working 3rd shift. I would work all day and go back about 8:00 o’clock and stay there until the end of that second shift at midnight. Then I would go home, sleep a few hours and get up and go there at 3:00 o’clock in the morning. I was getting tired and so that was when I decided I was going to bring on a second person.”

5 – They Build a Culture. Successful entrepreneurs, who have built companies that last 40 years, have built unique workplace cultures, and not one culture is the same as another. Joe Leddy built what I like to refer to as a Yes We Can culture that I described in an article called Five Attitudes of a Yes We Can Culture, which continues to be one of my most widely viewed articles to date. 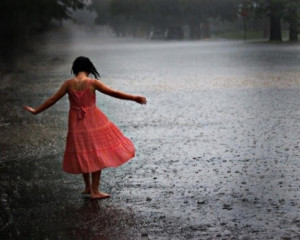 When you build a workplace culture, you need to have a solid foundation and for Joe it is understanding the “value of work” itself. Here Joe talks about this importance.

“Work is highly valued and important here in America. Important not only monetarily, but psychologically. It defines who you are as a person.  When the public sees people with disabilities working, they begin to value them more highly. When you go to the grocery store and you see our individuals working right beside non-disabled people, you know coworkers and customers view them differently.”

This foundation led to the creation of the Company’s Mission Statement – We create new opportunities for success in the workplace, every day!

One of the attitudes of the “Yes We Can” culture Joe created is resiliency. Joe believes all team members on the Work Opportunities Unlimited team share this one attitude. Here is what he says.

“To move forward in the employment service business, you must know how to face adversity. You only survive if you’re a strong person. To me if you’ve been with Work Opportunities for a long period of time you’re already up on a different plane, the top. I know you’ve definitely worked hard, you’ve heard “No” a lot, and you certainly heard more “No’s” than “Yes’s”, so please develop your own lifelines for when you run out of gas. I know I did, and those people can help you fill-up your tank.” 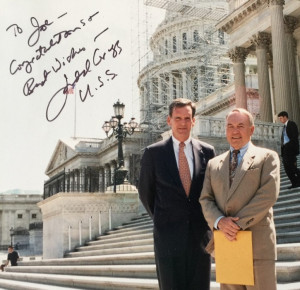 I trust now you can see how entrepreneurs like Joe Leddy are just “wired” differently. But the wire that really makes Joe unique among entrepreneurs is his humility. I can still remember the humility with which he accepted his Small Businessman of the Year Award in 2000.

And I think humility and unselfishness have become a common thread running through the cultural fabric of Work Opportunities Unlimited – a thread that will last another 40 years!